Accountability for All of Us

This is Civic Way’s second commentary on the January 6th Capitol Coup and the nation’s need for accountability and healing. The first commentary focused on the need for holding individual politicians accountable. This commentary addresses the need for collective accountability. The author, Bob Melville, is the founder of Civic Way, a nonprofit dedicated to good government, and a management consultant with over 45 years of experience improving public agencies throughout the US.

To look around the United States today is enough to make prophets and angels weep.

America is facing four grave threats, the four Horsemen of the American Apocalypse—the pandemic, inequity, propaganda and autocracy. Any one of these threats could end—or at least compromise—the American experiment. In this commentary, we address the pandemic and inequity threats.

The pandemic, which has taken nearly 400,000 Americans, is on the verge of overrunning our medical capacities. The growing opportunity gap between the two Americas—the haves and have-nots—is convincing millions of Americans they have nothing to lose. The rise of extremist media and decline of impartial journalism are ripping us apart. The cynical assault on the integrity of our elections has exposed the fragility of our democracy.

Many politicians would like to ignore the stain on our democracy and “move on” without accountability. They plead for unity while sowing the seeds of disunity. They vilify peaceful protesters, but lionize killers. They call for national harmony, but would prefer Fifth Avenue impunity. They appeal to the best of us, but spurn accountability for the worst of us.

Our civic institutions are holding for now—barely—but we must not be sanguine about the future. Without genuine accountability, the threats will escalate, our institutions will perish, healing will elude us and democracy will give way to tyranny. Accountability for two of these threats—the pandemic and inequity—is discussed below.

Preparing for the Next Pandemic

We are certainly not prepared for the next pandemic. – Bill Gates

Our nation’s inexcusable mismanagement of the Covid-19 pandemic— what James Fallows has called the “greatest failure of governance in US history”—raises serious doubts about our ability to navigate the next pandemic. The pandemic has ravaged our country for 10 months, killing nearly 400,000 Americans, decimating the economy and exposing inequity. The US has suffered proportionately more infections and deaths than most developed nations, and conditions will worsen before they improve. 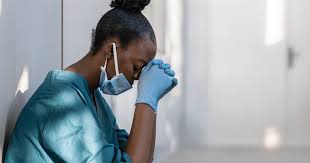 Arguably, the most egregious mistake was a failure of leadership. By failing to develop an effective nationwide strategy and refusing to accept responsibility, the administration rendered the federal response dysfunctional. By becoming obsessed with overturning the 2020 election, the administration made the federal government virtually irrelevant.

Agreeing that poor leadership exacerbated this pandemic does not immunize us from the next one. Our response to the Covid-19 pandemic has shown that our fragmented government structures and health care networks are no match for the virulent pandemics of tomorrow—regardless of who occupies the White House. It has showed us how ill-prepared we are to fight future pandemics.

That is why we need a 9/11 type commission for the pandemic. To examine how and why our response failed. How we organized and conducted pandemic response (testing, contact tracing, treatment and vaccination). How we reported infections, tests, hospital stays and deaths. How we communicated with the public. More importantly, the commission should recommend structural and systemic changes at the federal, state and local levels to strengthen our capacity for future pandemics.

The most dangerous creation of any society is the man who has nothing to lose.

There are two Americas—one wealthy, powerful and white, one striving, subservient and diverse—and the gap between them is growing. As our national commitment to equal opportunity has frayed, and the most vile, racist segments of our society have emerged from the shadows, we have lost our global standing as a beacon of tolerance and opportunity. 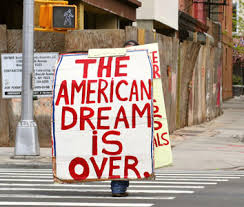 The nation’s opportunity gap is well-documented. According to Pew Research, wealth is massing at the top. From 1989 to 2016, the wealth gap between our richest and poorest families more than doubled. From 1968 to 2018, the share of total income generated by the top quintile of households rose from 43 to 52 percent. From 1970 to 2018, the median household income gap between whites and blacks grew by nearly 40 percent. Per the Organization for Economic Cooperation and Development (OECD), US income inequality exceeds that of other G-7 countries (based on the Gini coefficient).

2020 opened many eyes to the inequities.  The pandemic’s disproportionate impact on racial and ethnic minorities. The murders of Ahmaud Arbery, George Floyd and Breonna Taylor. The disparate law enforcement tactics used for Black Lives Matter protests and the Capitol Coup. Not withstanding the election of the nation’s first black president and the enactment of many anti-discrimination laws and policies, racism continues to infect every aspect of our society—economic opportunity, hiring, education, housing, justice, health care, transportation and broadband.

We became more aware of the threats of militant white supremacists and domestic terrorism. We learned that attacks by far-right perpetrators have more than quadrupled since 2016. We watched the Trump Administration’s gutting of the Department of Homeland Security’s Office of Targeted Violence and Terrorism Prevention, cutting its annual budget from $21 million to less than $3 million dollars. We saw the unit’s focus shift from paramilitary white supremist groups to minority activists.

Racism also perverts our immigration policy. The infamous wall became a symbol of our nativism and fear of nonwhites crossing our borders. The administration’s family separation policy, what John Allen, a retired four-star Marine Corps general and President of the Brookings Institution, called “a stain on our national soul,” illustrated the cruelty of a race-based immigration policy. It also persuaded potential immigrants, especially the best and brightest, to keep their talents home.

The growing opportunity gap is an important marker not just of America’s racism, but also its permanent caste system. Whites haven’t experienced the burdens of racism, but many have experienced the indignities of our permanent caste system. As the wealthy get wealthier, the economic pie shrinks for everyone else, regardless of race. Lurking poverty. Multiple low-wage jobs. Permanent debt. Inaccessible health care. Two vastly different sets of rules. Endangered opportunity. The end game becomes inevitable. Those without assets—regardless of race—will have nothing to lose.

There is no clear consensus on next steps. Some call for a racial reckoning or epiphany, but we need much more. We should continue to pursue symbolic changes (e.g., retire racist product symbols, rename streets and forts and relocate Confederate statues to museums depicting the evils of slavery), but we shouldn’t stop there. We must confront our nation’s systemic racism, but also its caste system. We must destroy the constructs of our caste system, including racial, class and gender supremacy.

A national commission on opportunity and equity should be formed to review our caste system. It should analyze the impact of inequality, including its threat to capitalism. It should examine relevant immigration, education, healthcare, law enforcement and justice policies. It should assess the threat of white supremacists. It also should explore potential strategies for embracing diversity. Maximize economic opportunity. Expand legal immigration. Increase voter turnout. Reform law enforcement and judicial systems. Refinance public schools. Combat domestic terrorism. Launch a public information campaign to educate Americans on the history and perils of its permanent caste system.

What the people want is simple. They want an America as good as its promise.

Since January 6th, politicians have been of two camps, one urging accountability and one pleading for healing. We can achieve both goals, but only by first securing accountability. Absorbing attacks on the rule of law without seeking accountability will only invite further attacks and more harm big enough.

The lessons of history are clear. As Cicero wrote, no republic can survive without accountability and the rule of law. In his second inaugural address, President Lincoln’s eloquent call to “bind up the nation’s wounds” was secondary to his demand for justice. By failing to heed Lincoln’s admonition and hold secessionists accountable, our leaders planted the seeds of Jim Crow and future turmoil.

America’s leaders have demonstrated the requisite courage to face the nation’s problems. And commissions have served as vehicles for confronting big issues (e.g., Kerner,  9/11, Church/CIA and Watergate commissions). We don’t need a second American revolution (as Rush Limbaugh has called the Capitol Coup), we need a second Reconstruction, one that we finish.

With reverence for our past and hope for our future, we can confront our demons, hold ourselves accountable and heal our nation with the lessons we learn. Prestigious national commissions can set the stage for vital reforms in managing pandemics and spurring opportunity. They can show us the way to a better America.