Accountability for All of Us (Continued)

This is Civic Way’s third commentary on the January 6th Capitol Coup and the nation’s need for accountability. The first commentary made the argument for holding individual politicians accountable. The second commentary called for collective accountability for the pandemic and inequity. This commentary demands accountability for assaults on truth and democracy. The author, Bob Melville, is the founder of Civic Way, a nonprofit dedicated to good government, and a management consultant with over 45 years of experience improving public agencies throughout the US.

America is facing four grave threats, the four horsemen of the American apocalypse—the pandemic, inequity, propaganda and autocracy. Any one of these threats could pull the plug on the American experiment. The pandemic and inequity threats, on full display for nearly a year, were examined in our last commentary. The equally menacing threats of propaganda and autocracy are discussed below. 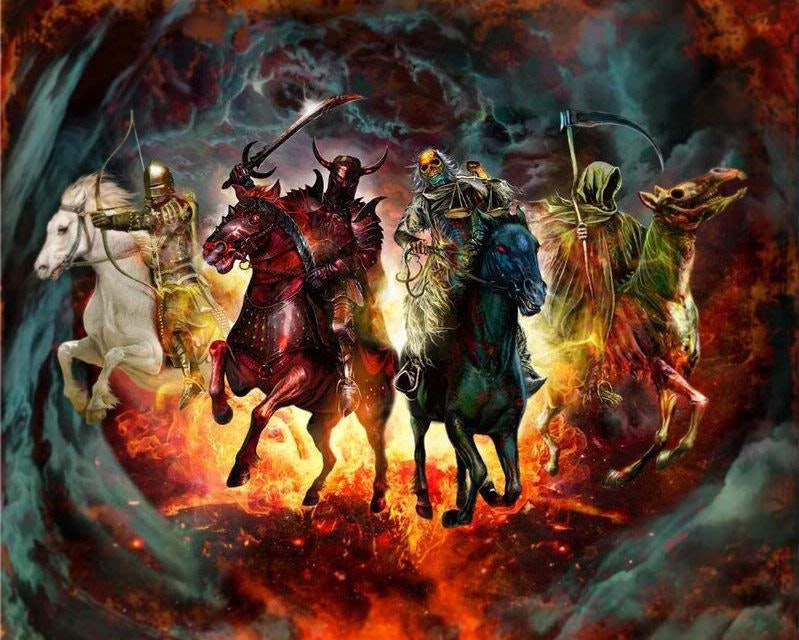 Propaganda—the assault on truth. The January 6th Capitol Coup was a product of many things, especially propaganda. Years of conspiracy theories, misinformation and lies convinced millions of Americans that only one party (or one man) could save them from the abyss. From them, emerged an enraged mob that stormed Congress to stop the pro forma affirmation of the presidential election results. Since then, the same media outlets and platforms responsible for fueling the anger and hatred we witnessed, have refused to assign blame where it belongs.

Autocracy—the assault on democracy. The great challenge for the enemies of democracy is to sully it. Convince citizens that elections are rigged, that their votes don’t matter, that the fix is in. The scathing attacks by the President and his allies on the integrity of our elections—attacks that began long before election day—have exposed the fragility of our democracy. Worse, they culminated in a horrible attack on our nation’s capitol. Autocracy may not have been their goal, but the specter of autocracy looms.

Many politicians want an easy, painless path forward, one without accountability. Their cynicism is breathtaking. They sow the seeds of disunity, then seamlessly pivot to calls for unity. They lionize killers and insurrectionists yet vilify peaceful protesters. In the name of national harmony, they urge us to set aside our differences—the very differences they inflamed—and our nation’s bedrock principles. No wonder they fear accountability.

Trusting People with the Truth

The only thing more expensive than education is ignorance. – Ben Franklin

Most Americans know little about government. Democracy requires an informed electorate, but we don’t have one. Why? Perhaps we really don’t want one. Instead of trusting citizens with objective, impartial information, we have made it nearly impossible for them to find it. How? By reducing civic education. By abandoning local media outlets. By rewarding the most biased sources with the best ratings. By allowing private interests to flood the public airwaves with rumors and lies. 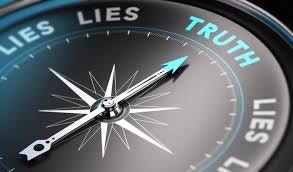 America’s enemies could not be happier. Unable to challenge the US militarily, they turned to the Internet. They seized an opportunity—the growing reliance of US citizens on biased information sources. They exploited the power of social media to exacerbate the growing divide between Americans. Their success cannot be denied. Millions of Americans believe utter nonsense as fact. A deep state controls the nation. The pandemic is a hoax. The election was stolen. A cabal of Satan-worshipping liberal pedophiles run a global child sex-trafficking ring. As argued in Peter Pomerantsev’s 2014 book about Russia, if nothing is true, everything is possible.

There are many causal factors, but the foundational problem is our ignorance and gullibility. Only ¼ of Americans can identify the three branches of government. Many Americans would flunk the naturalization test. Only nine states require more than a half-year of civics or government education. Only 23 percent of eighth-graders perform at or above the proficient level on the National Assessment of Educational Progress (NAEP) civics exam. Virtually no states require community service. Increasingly, we lack the ability to separate fact from fiction, and think critically.

Another factor, we no longer require fairness from our media. After World War II and the birth of television, the Federal Communications Commission (FCC) adopted the fairness doctrine. The idea was for radio stations and television networks, as public trustees, to give equal time to competing views on hot issues. During the Reagan administration, the fairness doctrine was eliminated. This opened the floodgates for the rise of right-wing outlets with few journalistic standards. The spirit of Walter Cronkite was extinguished, to be replaced by an endless supply of well-groomed, ratings-obsessed polemicists.

The new cable networks quickly grasped the correlation between their ratings and the success of their partisans. Like the owner of a sports team, they learned that their team’s success ensured higher ratings. This prompted the cable networks to defend their team and attack the other side more vigorously. Fox and, more recently, Newsmax and One America News Network, became more servile to right-wing administrations and, in some cases, virtually interchangeable.

Their recent behavior best exemplifies their corrosive impact. Since the 2020 election, with few exceptions (e.g., Atlanta-based Cumulus Media), right-wing networks have spewed lies and allegations about the election and blamed the Capitol Coup on antifa and other left-wing protesters. They have convinced their viewers that the election was stolen (without evidence), then shamelessly rationalized the conduct they triggered with the very sentiments they fueled. Textbook propaganda. 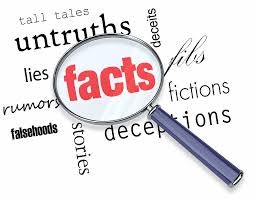 Social media has become another—even more menacing—threat to democracy. Facebook and Twitter became the platforms of choice for attacking adversaries, sharing fantasies and organizing paramilitary activities. These platforms, far more interested in profit than civic responsibility, have been extremely slow to respond to security threats. Some, like Facebook and Twitter, blocked Trump-affiliated accounts. Amazon Web Services suspended Parler’s account. But many questions remain. Should private firms make such decisions? What are the standards and who should set them? Why does President Duterte have a Facebook account? Why does Taliban’s official spokesperson have a Twitter account?

Some right-wing media outlets and social media platforms have become propaganda ministries. Rather than honor journalistic integrity, they manipulate information. Instead of helping their audiences think critically, they appeal to their fears and biases. Instead of correcting errors, they ignore or repeat them. Some platforms have even served as organizing vehicles for white separatists. As long as we accept lying—not to mention foreign hacking—we will reap what we sow.

The problem is not that our nation is sharply divided into two tribes. It is that the tribes no longer operate on the same set of facts. Until we agree on what is true, mutual respect and compromise will prove elusive. We need a bipartisan commission to study this problem and explore possible solutions. Civic education. Digital literacy. Journalistic standards for television, radio and social media. A new fairness doctrine. Every strategy should reflect two principles: 1) an informed, engaged electorate is vital to our democracy and 2) the public airwaves and Internet are a public trust.

Every time we … tolerate what we know to be wrong, when … we fail to speak up and speak out, we strike a blow against freedom and decency and justice. – Robert F. Kennedy

The recent efforts to discredit the 2020 election have done enormous damage. In the absence of a good faith, comprehensive review of our election systems, millions of Americans may not trust our elections for a long time. While the charges of fraud are self-serving and baseless, our election systems can always be improved. And the other building blocks of democracy can be strengthened. 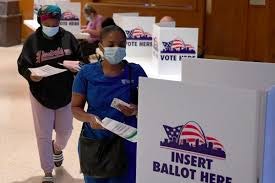 We also must make presidential norms tougher to violate and easier to enforce. Require the release of tax returns and separation from business interests. Define and impose sanctions for cronyism, conflicts of interest and lying. Prohibit the diversion of appropriated funds. Institute barriers to the removal of inspectors general. Penalize the politicization of federal law enforcement and obstruction of federal investigations. Mandate full cooperation with the presidential transition process.

We also must eradicate craven congressional self-dealing and misconduct. Earlier last year, then-Senate Intelligence Committee Chair Richard Burr traded stocks after receiving a confidential pandemic briefing. Senator Perdue supported legislation that could benefit firms in which he had an interest. Such conduct, even when legal, undermines democracy. During the Capitol Coup, some congressmen may have aided the insurrectionists while others were armed or refused to follow security protocols.

True peace is not merely the absence of tension: it is the presence of justice.

Since the Capitol Coup, many politicians have called for healing in lieu of accountability. We all want healing, but those who want healing without accountability are wrong. Too much has happened. Too many people are contemptuous of America’s promise. The Capitol Coup was no revolution. It was anarchy and there can be no reconciliation with anarchists.

Without accountability, there can be no harmony, no healing. Without a just reckoning, the divisions will widen, racism will flourish, the insurrectionists will be emboldened and domestic terrorism will spread.

When Abraham Lincoln proclaimed, “A house divided against itself cannot stand,” he wasn’t calling for harmony without a reckoning. His vision was far different, warning us that “this government cannot endure, permanently half slave and half free … It will become all one thing or all the other.” When we ended the first Reconstruction prematurely, we spurned Lincoln’s warning.

We need a second Reconstruction, one that begins with accountability. One that transforms our government, preparing us for the next pandemic, ensuring equal opportunity for all, arming every citizen with reliable information and putting our electoral system above reproach. With independent, bipartisan commissions, we can learn what needs to be done to face the future. We can confront the forces that divide us, hold ourselves accountable and heal our nation.

← Accountability for All of UsThe Unraveling State-Local Partnership →