The Perils of Political Extremism

This newsletter introduces a brief series of essays on America’s current political climate. This series includes an analysis of the growing extremism of some Republican leaders, an assessment of the (thus far) tepid Democratic response and some promising ideas for restoring respect, civility and compromise.

The January 6th Capital Coup. The crazed conspiracy theories. The anti-vaccine lies. The Arizona post-election audit scam. The denial of fair election results. The ruthless anti-voting campaign. Together, they represent nothing less than a shocking assault on American mores, systems and institutions.

The media has been ablaze with news about attacks on public health, public institutions, fair elections and Democracy itself. GOP leaders mouth slogans about freedom and electoral integrity, but many seem all too eager to abandon noble conservative principles and placate the bizarre, narcissistic tremors of a disgraced President. The rest of us—Democrats, Republicans and Independents alike—are hard-pressed to find “good people” among the January 6th rebels. The video clips do not lie; they feature enraged fanatics intent on mayhem. Like the Joker in the Dark Knight, such arsonists have but one aim—to destroy our most cherished institutions. In the last six months, we have watched in horror and heartbreak as this terrifying virus has spread to states and localities. As this threat spreads, we are compelled to face it. What General Mark Milley called our Reichstag moment is nearly upon us.

The question is no longer whether there are forces intent on destroying our Republic, but what we are willing to do to save it—for us and those who follow us.

The verdict is clear. While some political leaders—any many corporations—profess outrage, too many politicians and media figures have chosen power over principle. They have jettisoned moral values and constitutional principles. They have forsaken their sworn commitment to our Republic and the ideals on which it stands. They have replaced enduring virtues like honesty, civility, tolerance and hope with temporal, self-serving traits like lying, malice, racism and cynicism.

How much more evidence is needed? Blocking a bipartisan commission to review the January 6th Capitol Coup? Spreading lies about vaccinations developed under the direction of (and taken by) the former President? Lying about election results? Passing laws allowing the suspension of election results without evidence? Awarding no-bid contracts for post-election audits? Seizing (and contaminating) ballots and election machines? Intimidating voters and election officials and re-engineering the electorate?

For the last four years or so, we have heard the assurances. The tweets aren’t serious. There are adults in charge. The institutions will hold. The norms will be restored. Six months later, the assurances seem hollow. As McConnell lost control of Trump, the right-wing schemers and accomplices— Bradley, Koch, Mercer, Murdoch, Pope and Scaife among others–have lost control of their insatiable hordes. They hashed plots and wrote checks, but evidently gave their ill-conceived crusade the wrong brain.

Regardless of who did what and when, the vengeance virus is spreading out of control and exposing the fragility of our Democracy. The real question is not whether the virus is real, but what we should do to save our nation from it. All of us, not just Democrats and Independents, but the countless patriotic Republicans who still care deeply about the American experiment.

We have to think critically, protect and honor our national ideals, resist efforts to destroy our union and find compassion and forgiveness for those who would destroy it.

We cannot afford to ignore or dismiss the threat that faces us. We cannot act as if nothing has happened. The January 6thinsurrection—and the subsequent efforts to bury it—should be the only wake-up call we need. Our Republic is in serious jeopardy when one of the two major parties concludes that it cannot win without stacking the deck. The very ideals on which our nation was founded—and upon which its future rests—are in peril unless we act.

What should we do? Our challenge is to defuse the threat without turning the duped into the enemy. First, this will require confronting the threat. Not by imitating the tactics of the arsonists, but by treating the virus as an addiction, leaving the door ajar for those who recover, much like the former anti-vaccine zealot.

Second, it will require us to work together across traditional political divides. The natural allies in this effort are all American patriots—conservatives and liberals alike—who are sickened by the January 6th madness. Who grasp the risks of disputing fair elections without evidence. Who understand that the nation’s long-term prospects matter more than ratings and money. Who appreciate the value of civility, decency and compromise.

Part of the answer will be to govern better—in a way that respects everyone and demonstrates the benefits of collaborative, responsive governance. We will outline our ideas in our next commentary. Our essays on other issues are available at Civic Way. 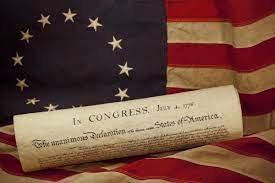 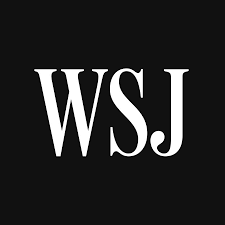 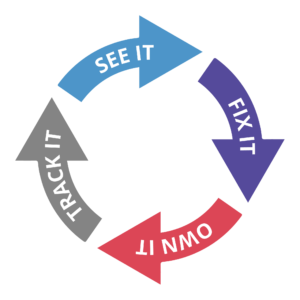 Email us at BMelville@CivicWay.Org to share your thoughts or suggestions about Civic Way or this newsletter.

← What Does the Flag Stand For?The Power of Good Governance – Part 1 →